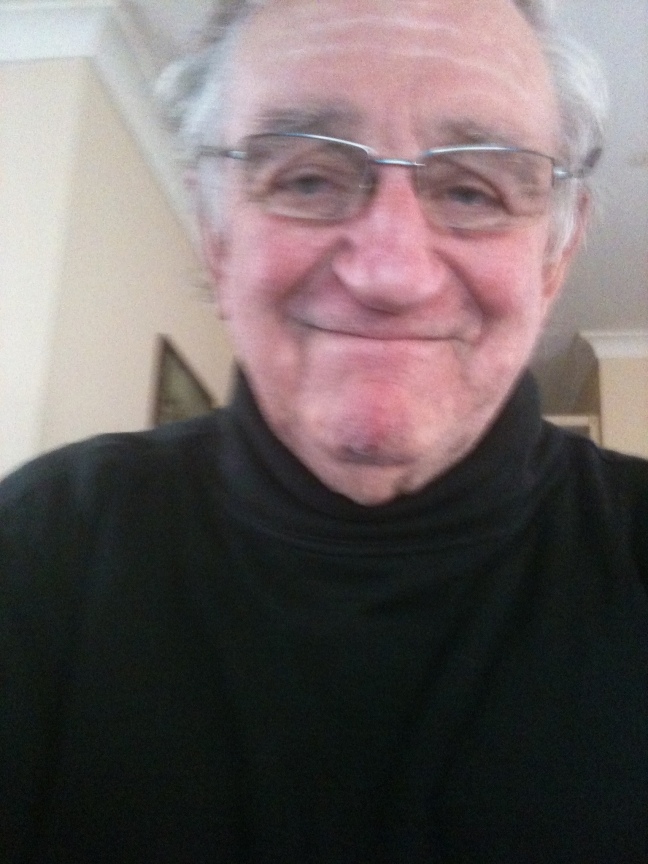 Words are loaded pistols according to J P Sartre.

You certainly can shoot yourself in the foot with those unruly, dangerous little things. Some political power-seekers are showing  prodigious naivety when they claim a one-off test of English skills will be a valid and reliable measure of acceptability for new citizenship. This Fallacy of the Crucial Experiment, the implied existence of evidence that doesn’t exist, is the Trump Card of too many leaders now in power. Today, when I hear a politician speak, I tend so often to think both feet are wounded and there isn’t a leg to stand on.

Blokes an’ coves an’ coots,

An’ watch the blighters run.

The soil on which we now live was not a gift bestowed by Heaven on our forefathers. But they had to conquer it by risking their lives. So also in the future our people will not obtain territory, and therewith the means of existence, as a favour from any other people, but will have to win it by the power of a triumphant sword.

How are you doing?

Congratulations on your marriage. I wish you and your wife would be happy.

Royce I would like to thank you on your assistance during I study here. Royce here is my souvenier. I do hope you still remember me by this souvenier.

Although  my structure sentences are not good, I still receive your corrections. Again, thank’s very much on your assistance.

Sources:  Sample 1 Candidate 1 C J Dennis. Extract from his poem  “The Australaise.” Sample 2 Candidate 2  A. Hitler Extract from Mein Kampf, page 556. Sample 3 Candidate an unnamed student from Indonesia completing a Masters program at an Australian university. Special Note: The Sample 3 student became aware that I was a widower who had married again. The souvenir was just a little card. The student went on to graduate. The date was December 29, 1992. I still have the card. Another graduate, on becoming aware of my second marriage at age 62, sent me a card from Thailand hoping I would soon have lots of little grandchildren. Such people would still be honoured in my life now, for as long as they desired, if they could survive the regulations. 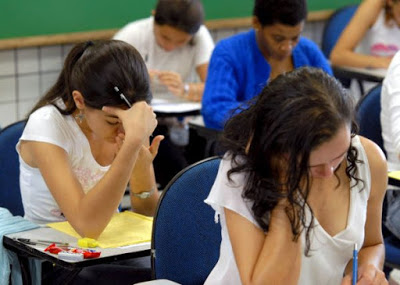 EPILOGUE: The Earth is peopled not by categories but by extremely complex human beings. Progressive, structured assessment over a period of time, with workshops and teaching is an essential way to rank us. A study-guide controlled, hit or miss showcase of pretence test is not.

But I’ve been a teacher K to university for the last fifty years or so and politicians don’t seem to listen to us.

Here’s a little poem I wrote some years ago. It may be relevant; I don’t know…

Dear Teacher Did You Read It?

‘Our headmaster thought the school was marvellous and wouldn’t face up to facts.’ A fifteen-year- old school-leaver, quoted in The Newsome Report: ‘Half our future’–1963 (England)

What I said was true–
My darling mother died when I was only ten.
It is true I didn’t understand we’d never meet again.

It is true I longed just one more time to hold her hand in mine.
It is true I jigged away on trains
To the end of every line.

It is true my father ran away
When his world seemed to end.
It is true I searched the human race and couldn’t find my friend.

It is true you are busy every day planning and doing your work.
So much to read and so much to say that it’s only rest you shirk.

But why did you talk about full stops and little slips of the pen
And give me an E on my report card and make me write it again?

PS: I love C J Dennis. He is one of my favourite writers. He provided good material for this piece however. r.

Bring forth what is true

Write it so it’s clear

Defend it with your last breath.

Hello and welcome here. You may have discovered by this that I am in the extreme maturity stage, 83 to be exact. I have spent my last two posts sharing memories, largely related to many years of teaching. This one will be a continuation of that process.

Adolph Hitler! Now there’s a subject that might out-rate even the crime soaps of the present.  I am remembering the Hitler of those high school teaching days. I’d love to be still teaching. About the Führer especially. He was a relatively easy subject to conjure up interest in, although not necessarily complete understanding. More thoughts have emerged since my teaching days. So this post will be about that subject, Hitler and his time. Yes. More thoughts.

Now I was not a contemporary of Thespis or Cook when I taught about them. But I was of Hitler. He and I breathed from the same vast canopy of air. Certainly I was only in kindergarten when he consolidated power in Germany. As maturity increased, I was taught to hate him and drew his funny moustache with the rest of his face on my Fifth Class desk (I am ashamed now  to tell you). But just now things are very different. I’ve grown up a bit.

Here are some words from recent research that I could use in new history lessons.

In the course of the past fourteen years, our Volk has suffered deterioration in all sectors of life, which could inconceivably have been greater.

The program for the reconstruction of the Volk and the Reich is determined by the magnitude of the distress crippling our political, moral and economic life…

The theoretical concept of equality before the law shall not be used, under the guise of equality, to tolerate those who despise the laws …

Source of the above: http://www.worldfuturefund.org/Reports2013/hitlerenablingact.htm Date Accessed: 8.2.17

The Reichstag has unanimously enacted the following law, which is promulgated herewith:

1. A subject of the state is a person who enjoys the protection of the German Reich and who in consequence has specific obligations toward it.

2. The status of subject of the state is acquired in accordance with the provisions of the Reich and the Reich Citizenship Law.

1. A Reich citizen is a subject of the state who is of German or related blood, and proves by his conduct that he is willing and fit to faithfully serve the German people and Reich.

3. The Reich citizen is the sole bearer of full political rights in accordance with the law.

The Reich Minister of the Interior, in coordination with the Deputy of the Führer, will issue the legal and administrative orders required to implement and complete this law.

At the Reich Party Congress of Freedom

The Reich Minister of the Interior [signed] Frick2

Source of the above laws: http://media.bloomsbury.com/rep/files/primary-source-133-nuremberg-laws-1935.pdf Date Accessed: 8.2.17

…there was no point in seeking to convert the intellectuals. For intellectuals would never be converted and would anyway always yield to the stronger, and this will always be the man in the street.

Arguments must therefore be crude, clear and forcible, and appeal to emotions and instincts, not the intellect. Truth was unimportant and entirely subordinate to tactics and psychology…Hatred and contempt must be directed at particular individuals.

Here is a list of the protectors of the German way of life of the time:

— Weibliche Kriminalpolizei (Women’s Branch of the Criminal Police), worked with women and children.

“Law for the Protection of German Blood and Honour”

Deutschblütiger =  Belongs to the German race and nation; approved to have Reich citizenship = German-blooded = German.

We must prevent further intermingling of blood, and which regulates all the most pressing questions which go together with the existences of Gypsies in the living space of the German nation.

God knows, you are not sent out there to work for the welfare of the people in your charge, but to get the utmost out of them, so that the German people can live. That is what I expect of your exertions. This everlasting concern about foreign people must cease now, once and for all. I have here before me reports on what you are expected to deliver. It is nothing at all, when I consider your territories. It makes no difference to me in this connection if you say that your people will starve.

NAZI SEPARATION OF THE POWERS   Leader vs Law Courts

The Courts of Pre-Nazi Germany

The independence of judges, before the Nazi regime, was guaranteed by the Weimar Constitution. The fundamental principle was stated briefly in Article 102:

“Judges are independent and subject only to the law.”

The Courts of Hitler

If anyone reproaches me and asks why I did not resort to the regular courts of justice for conviction of the offenders, then all that I can say to him is this: in this hour I was responsible for the fate of the German people, and thereby I became the supreme judge of the German people!

Extract From a  Journal in Nazi Germany

Hold fast to what your mother taught you early on, in her lap,

Before your little heart had protection against the alien,the false.

Dead is that which you get from strangers,

To which your blood does not testify.

Flee! It will smother you, as it has brought many people to its knees.

On The Nazi Spirit of Things

The slogan that inspired the Fatherland:

Well there you are. It’s time to end this brief  “lesson.” Once long ago my theatre students and I wrote these words for a children’s  play we were producing:

Imagination can set you free.

For just a few moments, let us speak through our imagination. Please ring the school bell below to end the lesson.

That bell in our imagination can sound the end of our lesson linked to a school of my memories.

“Well thank you everyone for your good attention. Homework is up to you for this subject. In this recess maybe you will find time to chat to each other. Out into the playground now. Perhaps our lesson will make that playground of life more understandable. Keep on thinking about things anyway; that is how we will all survive.”

More thanks for your company.  Royce